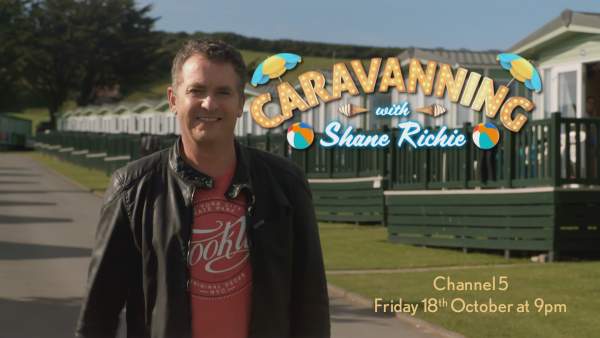 The show explores some of the UK’s best caravan sites, as enjoyed by Shane, his family and friends. Shane enjoyed many caravan holidays as a child and even went on to work in the industry as a young adult. He has fond memories of these times and wanted his own family to see what they were missing out on. When talking about filming the series in an interview with What’s on TV, Shane stated:

“You think of all that money you could spend on Disneyland, or five-star hotels in Barbados, and actually my kids remember more about what they did in Rhyl and doing things like playing rounders on the beach!” 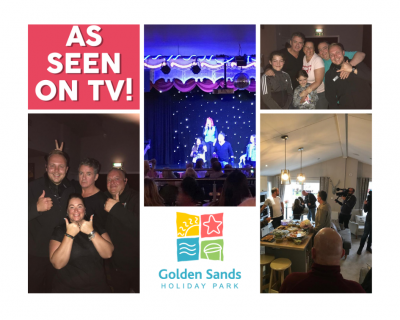 Much of the work behind the scenes was done with Holiday Sales Manager Zara Rowbotham, so we asked her to give us an insight into what it was like to work with the production crew and be involved with filming a tv show…

When did filming take place?

Filming took place at the end of May / early June. The production team filmed in our Reception area, the main complex building, the Carousel Bar, inside the caravans, on the beach and in and around the park.

How long did it take to plan for production day?

It took 7 weeks of planning before filming commenced.

What sort of things did you have to organise?

Everything from the first initial telephone call, to arranging the first meeting, to the final day of filming. They visited me here at Golden Sands Holiday Park and had a full park tour, which included the accommodation and the beach. Once we had agreed that Golden Sands would feature in the show, I spoke with some of our lovely Owners who I thought would like to participate in the series and holidaymakers who may have been holidaying around the time of filming. I also contacted all of our Owners and holidaymakers advising them of filming and obviously arranged accommodation for Shane and his family, as well as the camera crew. I arranged the necessary information sheets for guests, consent forms where needed and schedules for all departments for when filming was due to start. I also stayed with Shane and his family during filming while they were at the park and in the venue making sure they had everything they needed.

How long did it take to film?

How many of the production team were there?

6 production team members at one time, but mainly 4.

Did you have to close off some areas of the park?

No, the only area closed off was an area in the entertainment complex close to the stage and this was on just 2 occasions in the evening.

Were the people featured in the show real customers and staff?

Yes, all of the people shown on the programme are genuine staff, Owners and holidaymakers.

He was amazing, a very funny guy who was nice to speak to. He was really down to earth and his family were too. Shane’s children were also amazing, very polite and well mannered and his wife Christie was so lovely and really chatty.

What did you think of the show when it was aired on tv?

It made me really proud. I did actually shed a little tear when the show started! Being honest, I felt that it has shown us as Golden Sands Holiday Park to be the best at what we do. We really are an amazing holiday park and having worked here for 9 years, I still burst with pride. 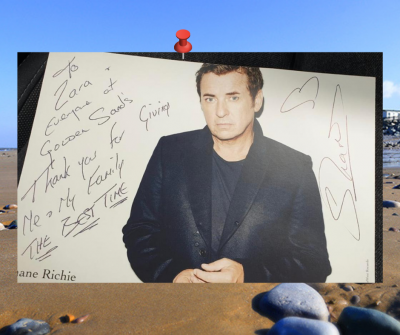 Special thanks to Zara and all the team who worked so hard to make it all happen.

If you missed it (or want to watch again), you can still view the programme by clicking on this link: Caravanning with Shane Richie – Episode 1.